#DIYAFRICA: Africans must seize the moment and ‘do it themselves’

For our upcoming Civic Tech Innovation Forum, we have chosen the theme #DIYAfrica to illustrate the power of taking things into your own hands. For the African continent to achieve its development goals we need to instil a culture of ‘doing it yourselves’. Our forum aims to provide a platform for movers and shakers in the civic tech industry to accelerate the desired development and do good for the continent. 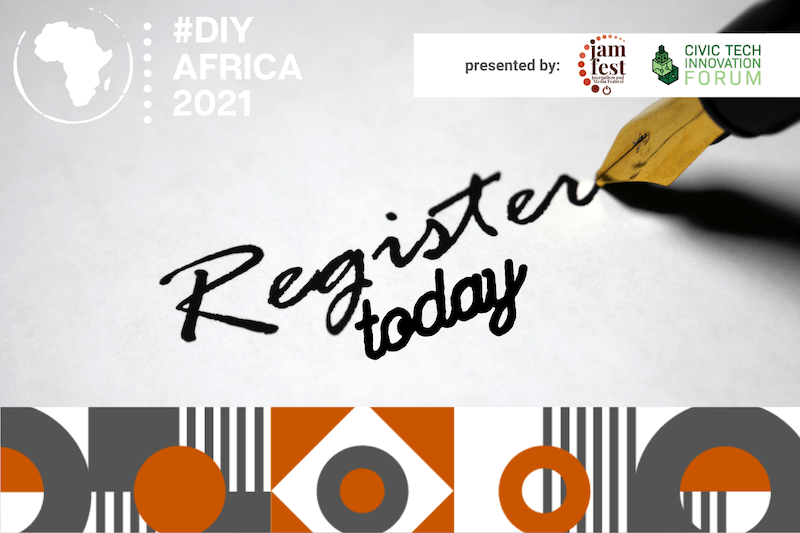 We have invited African civic tech innovators, media innovators and stakeholders to connect around the ways in which digital innovators, innovations, initiatives, and their support structures are playing out across the continent in the spaces of civic activism and public services, particularly in this pandemic era. We are interested in the African DIY democracy and how Africans are co-creating meaning, identity, and solutions in and for the continent.

Dr Geci Karuri-Sebina, Organiser for the Civic Tech Innovation Network said that the DIY theme was inspired by conversations around the future of governance and how governance should be more participatory or engage with communities more. Dr Karuri-Sebina noted that community members can have agency in responding to their own needs and can play an active role in developing solutions and have a say and a hand in what happens in their communities.

Jonathan Wilson, a consultant for the Open Data Institute said that “in light of the recent 18 months we have faced, I think the theme of #DIYAfrica is pertinent to the time. The pandemic has seen both a decrease in the capacity of the state to provide services, but also an increase and uptake in the use of technology by citizens across the continent – presenting a unique opportunity”. He added that “herein lies a platform for an overburdened government to hand overcapacity to citizens, and allow for more collaborative and innovative practices to flourish that place everyday people at the centre.

Shirley Robinson thought that the theme is “relevant and timely given increased governance concerns at the national and intergovernmental level alongside increased decentralisation to the municipal level in Africa. Digitisation offers the opportunity for increased civic participation and empowerment in co-creation as well as holding the government accountable for services to be delivered.”

Richard Gevers, founder Open Cities Lab said that it is important for people to take charge and do it themselves “because we can’t rely on institutions to create change, and in many examples and places, we’ve seen change come from a person or a group of people that had the energy to drive something forward”. He added: “I’m in full support of not waiting on institutions or authorities to do something, and so what is really important is that we build the frameworks that allow for full support to turn great energy and ideas into organisations that have an impact”.

We also interviewed a maker, Nelson Sekgota from Tshimologong, who works with young Africans and provides them with access to knowledge, skills, and resources necessary to innovate and solve African problems

The Tshimologong makerspace provides young people with the space to build and create technologies that can tackle current issues facing people. Sekgota, makerspace co-manager said that “DIY Africa to me refers to the continent of Africa and its people finally choosing to realise its potential by rising to solve the problems it has. One of the ways we will be able to do this is by leveraging opportunities that emerging technologies present us”.

He said that “Africa unfortunately is the poorest and the least developed continent, and we are lagging behind in many industries and technologies”. Adding that the continent is facing many challenges and emerging technologies can help solve these problems and provide people with an opportunity to participate.