This was the fifth edition of the CTIF conference. The forum featured an array of African civic tech actors and organisations including both governmental and non-governmental organisations, civic tech organisations, media personnel, academics, researchers, CSOs, activists, technologists, innovators, and more for the purpose of sharing, learning, inspiring, and overall capacity building.

DIY or “Do It Yourself” refers to the practice of doing or fixing things yourself. It is an old, early 20th-century concept that has grown through various movements and practices over time (e.g. makers, hackers, craft, etc.). In the age of digitalisation, DIY is challenging the dominant paradigm of the technology user as a consumer to the user as a creative appropriator, co-designer or co-engineer (Democratizing Technology). Africans building their own future. DIY is offered as a frame for exploring the potential for a more democratised society – one where technology enables empowerment, participation, critique, and even resistance.

In the 2021 CTIF / Jamfest we invite African civic tech and media innovators and stakeholders to connect around the ways in which digital innovators, innovations, initiatives and their support structures are playing out across our continent in the spaces of journalism, media, civic activism and public services, particularly in this pandemic era. We are interested in African DIY democracy – how we are co-creating meaning, identity and solutions in and for Africa.

This year’s event is hosted on WHOVA 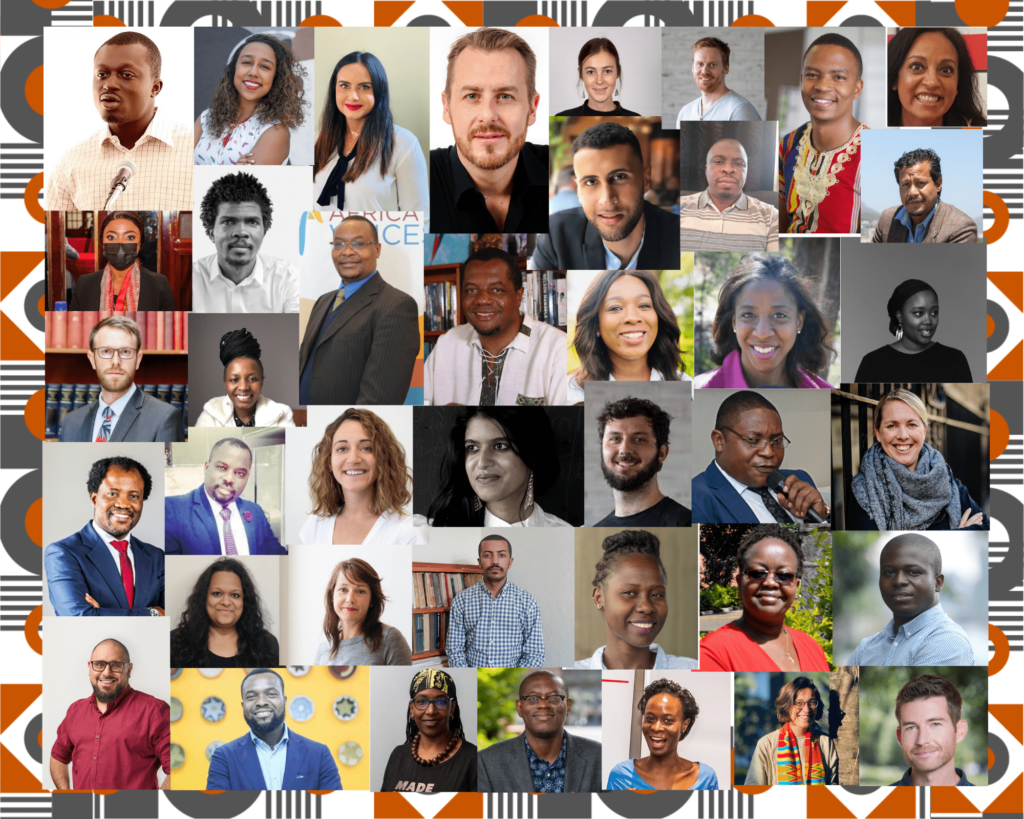 The #DIYAfrica opening plenary was a recognition of Africa, and what we are capable of. It was an invitation to gather, join heads, and share/learn together as Africa’s leading civic-tech and media innovators. This was an exciting session inviting critical and practical reflection on innovating into the many challenges that surround us and our communities. A rallying of the people in the session and beyond to use the space (the week’s conference) and our voices, not only to share ideas but also to fuel our hands and feet to Do It Ourselves! Read more here

The Civic Tech Innovation Network partnered with the ASToN Network for this session. The session brought together some prominent speakers in the Urban Digital Innovation in Africa. They reflected on their work in Urban digital innovation in Africa while also taking time to analyse existing challenges for innovators in African cities. They looked into the relationships between government, policymakers, and innovators in African cities and shared some resources with attendees among other things. Session content:

This session was hosted in partnership with Change.org, it explored how digital platforms have amplified citizen-driven activism on the African continent. It also highlighted how platforms such as Change.org, social media and more are enabling digital activism in Africa. The speakers also reflected on other issues such as misinformation and the need for digital movements and campaigns to be more inclusive and reach people living in rural and underserved communities.

This session brought together funders and fundees in the civic tech space. Session participants debated the meaning and importance of sustainability for civic tech initiatives, the need for new funding models and other issues faced by the civic tech community. The big debate was about whether financial sustainability mattered more than the impact an initiative is able to have on its constituents over time.

The field of civic technology has been using digital technologies to change institutions that felt unchangeable for decades since the 2008-09 era. However, it is important to remember that different tech organisations in the ecosystem have different roles in order to serve society and civic tech should continue to find “sustainable” ways of carrying on the work as it serves a specific purpose. Both civic tech organisations and philanthropies should also take the opportunity to learn and evolve especially with this urgency for sustainability and suitable funding models therefore there is a need for the civic tech space to also consider ways to make their work more accountable and transparent. 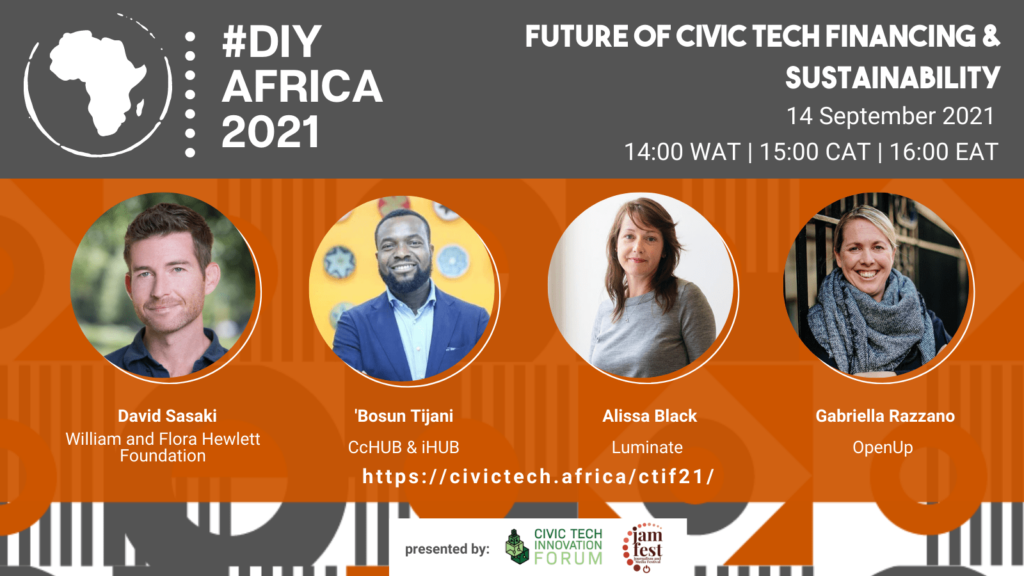 This session was hosted in partnership with Corruption Watch and focused on how we can develop the best anti-corruption tools for the African context and, and challenges experienced by developers and activists and the strategies they use in developing impactful tools for citizens. The panelists shared valuable insights about how they were using tech tools to hold those in power accountable.

The session was in partnership with the Bertha Centre. It focused on highlighting new democracy and advocacy tools and #DIY approaches that can help us intervene in critical issues such as corruption in Africa. The panellists also explored the issue of accessibility – civic ‘tech’ actors have a responsibility to produce accessible tools and encourage communities to use them and this includes training the communities on how to use these tools.

Using the CTIN Community of Practice

The “Using the CTIN as a Community of Practice” session was about reviewing the network’s work and reflecting on where we are coming from, how various parties have been making use of the network, and what the value-adding agenda should be going forward. The session included an interactive brainstorm with a Jamboard that enabled the community to give feedback, ideas, expectations, suggestions about our future activities including membership, community contribution and regional participation.

Session Jamboard- The session continued into an interactive brainstorm with a Jambaord aimed at enabling the session participants (the community) to give feedback, ideas, expectations, suggestions about our future activities including, membership, community contribution and regional participation. Visit the jam board for more insights. 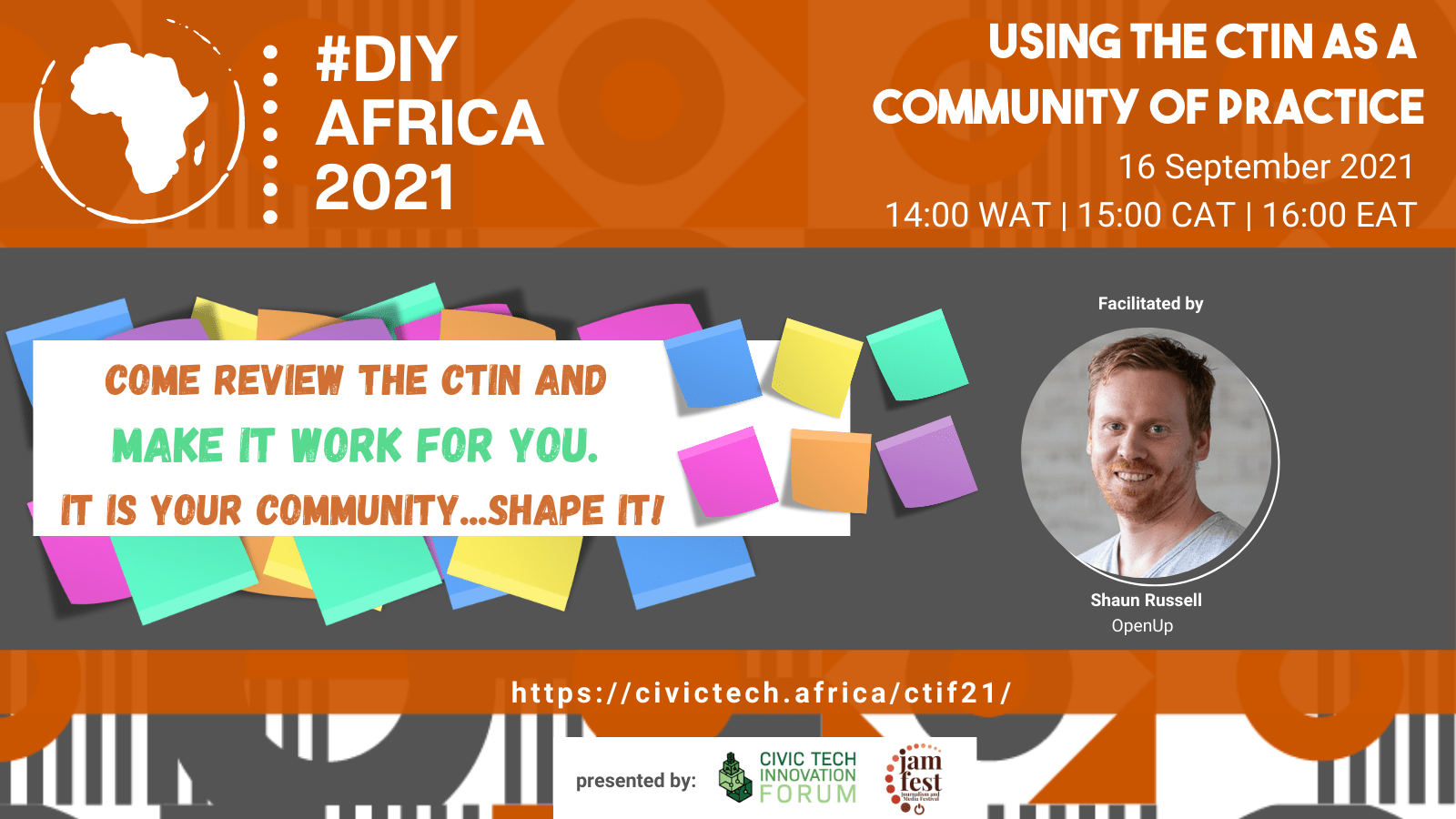 The #DIYAfrica closing plenary was a joint session hosted by both CTIN and Jamfest. The speakers for this session were Oluseun Onigbinde, Director of BudgIT Foundation and Hopewell Chin’ono, Zimbabwean journalist and documentary maker, who both spoke about the future of civic tech and media innovation in Africa and how Africans in these spaces can empower themselves. The moderators for this interactive session were Geci Karuri-Sebina from CTIN and Tshepo Tshabalala from Jamfest.

These were a series of collective healing sessions based on Beads of Transformation’s framework at the convergence of consciousness and technology. Hawa Bibi Khan’s sessions focused on restoring balance and offered reflective space, energising the audience for the day ahead. These sessions were an important part of the conference to bring things into perspective for attendees and inspire a renewed creative spirit for the day ahead by encouraging them to practice consciousness through serving humanity, ecology and the universe.

Please note that these sessions were not recorded 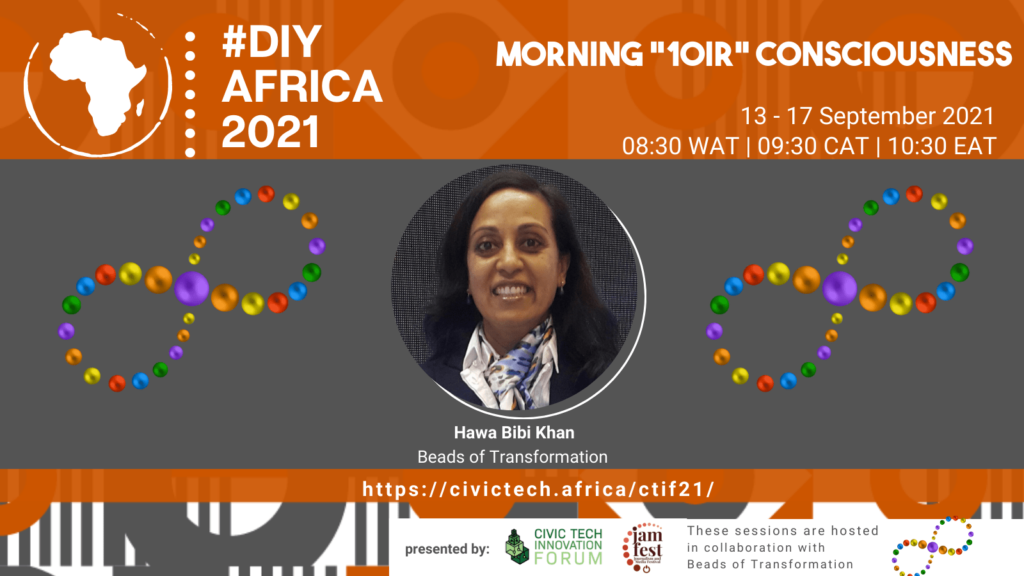 These daily hangouts were highly appreciated by the innovators as they offered a more intimate setting to meet other African innovators. To keep the space fun and engaging we invited Khumo Sello from the South African Media Innovation Program to hold the space and maximise traffic (eyeballs) to visit the exhibition and engage with the content and exhibitors. Her presence also helped to widen awareness of the most exciting tools or findings of civic tech and media innovation.

The exhibition was for innovators at all levels of the innovation chain. Our #DIYAFRICA exhibitors included innovators from at least 11 African countries across various thematic areas

The exhibitions can be found below

The exhibitions can be found below

Another important feature at this conference was the opportunity for innovators to showcase the tools and platforms they have developed to deal with the myriad of challenges faced by Africans in their respective countries. The aim of the exhibitions was to bring together innovators, developers, funders and potential users to present on and reflect on tools developed, to further develop ideas and possibly get conceptual ideas off the ground.

CTIF and Jamfest have an emergent tradition of celebrating African innovation alongside the recognition and enjoyment of the artistic and cultural talents that inspire us as Africans and breath out our values and truths and creativity. Therefore at #DIYAFRICA we commissioned some music for the conference; two South African artists, S’phiwe Moya and Pilani Babu, delivered eight songs that were used throughout the conference. The music helped set the atmosphere for the conference.

Listen to our Civic Tech in Africa Podcasts

During #DIYAFRICA,  we published a few podcasts in our Civic Tech in Africa podcast. The podcasts are produced by the Civic Tech Innovation Network, in partnership with Vow FM. The podcast focuses on the profiling of civic tech initiatives, civic innovators, activists, researchers, social entrepreneurs and others working in civic tech and other related fields in Africa. 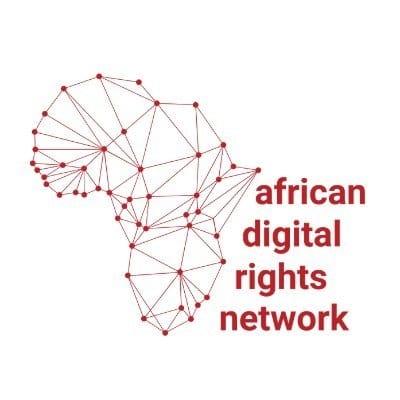 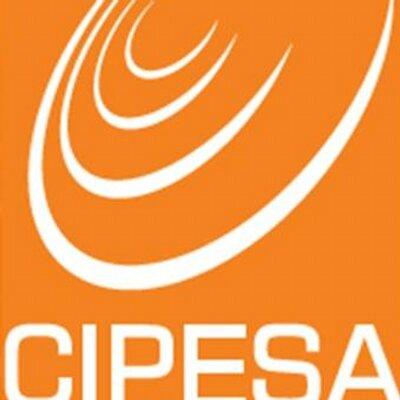 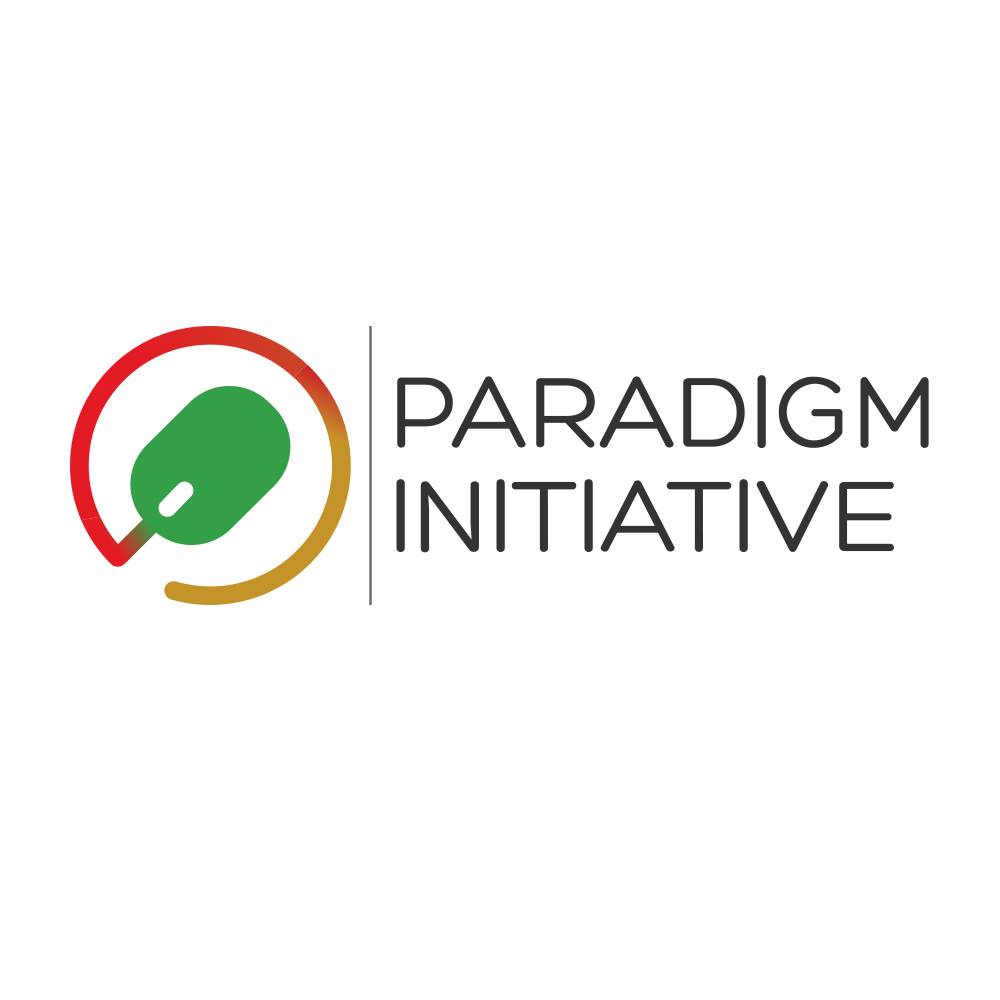 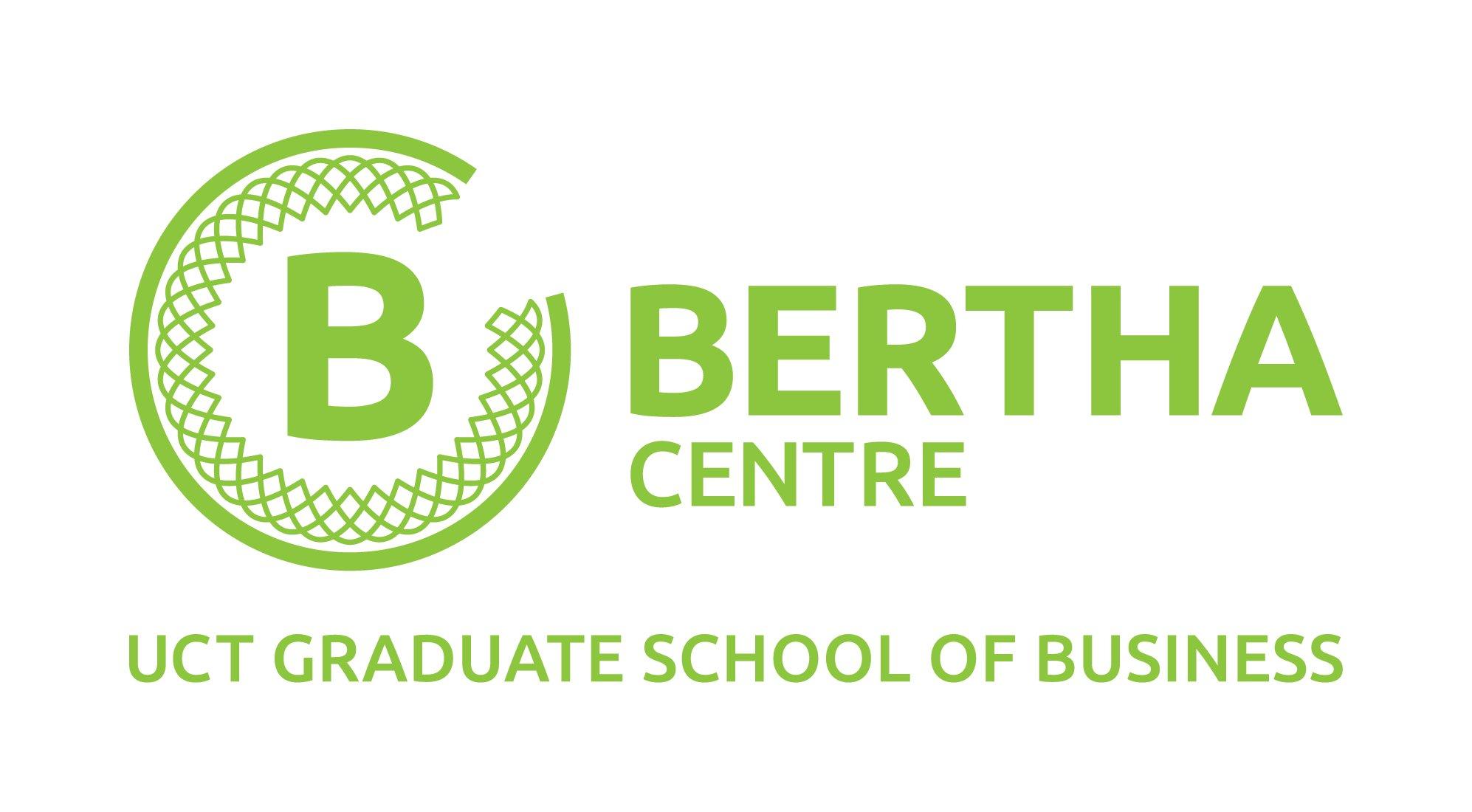 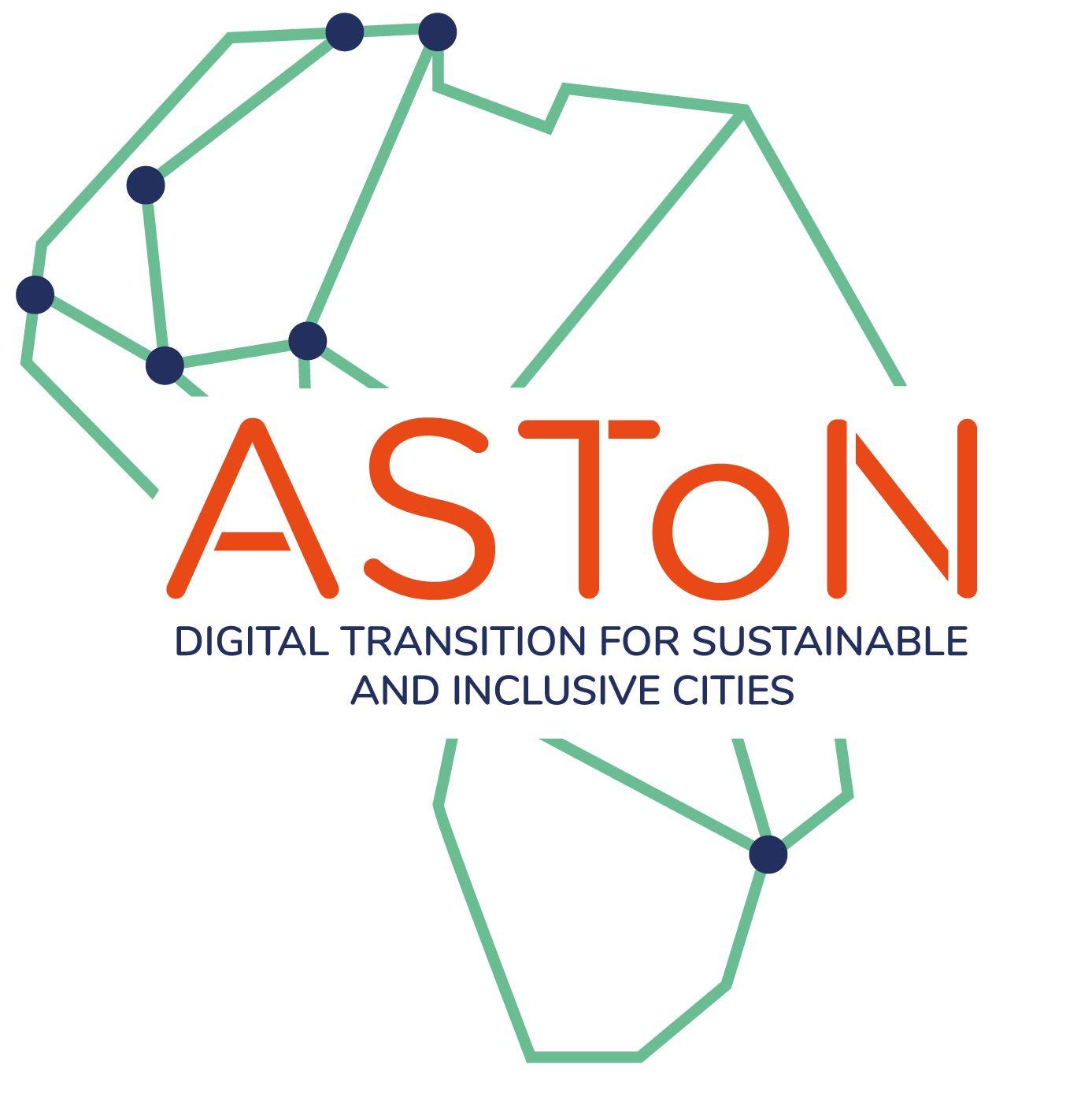 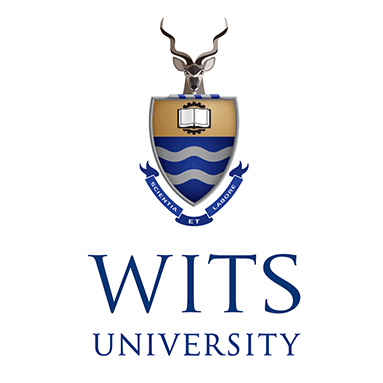