In our current digital age and what is often termed as a ‘data-driven’ world, civic tech organisations, civil society organisations (CSOs) and similar advocacy organisations have played and continue to play an important role in either collecting and providing the public with access to data or fighting government institutions for access to open data that is accessible and comprehensible.

Considering the evolution of the data landscape, massive amounts of digital information is created daily and when analysed, has the potential to help society understand how to perform better in the future. Civic innovations have thus been leveraged as a means to access data so that we may solve social problems.

Big data is often used as the catch-all term for large, diverse sets of information and while this concept has gained traction within the civic tech field, it has to some extent generated an unintended consequence of making data less open and accessible. Without the sophisticated knowledge in Artificial Intelligence tools used to analyse big data, the use of data in communities for social impact has been significantly limited.

In this session, moderated by Tolulope, we spoke to civic actors that will share insights and lessons from their experiences in making data accessible and comprehensible through partnering with the government. This session is intended to shed light on some of the victories and challenges associated with partnerships of this nature and whether they truly are able to make data open and accessible to the public. 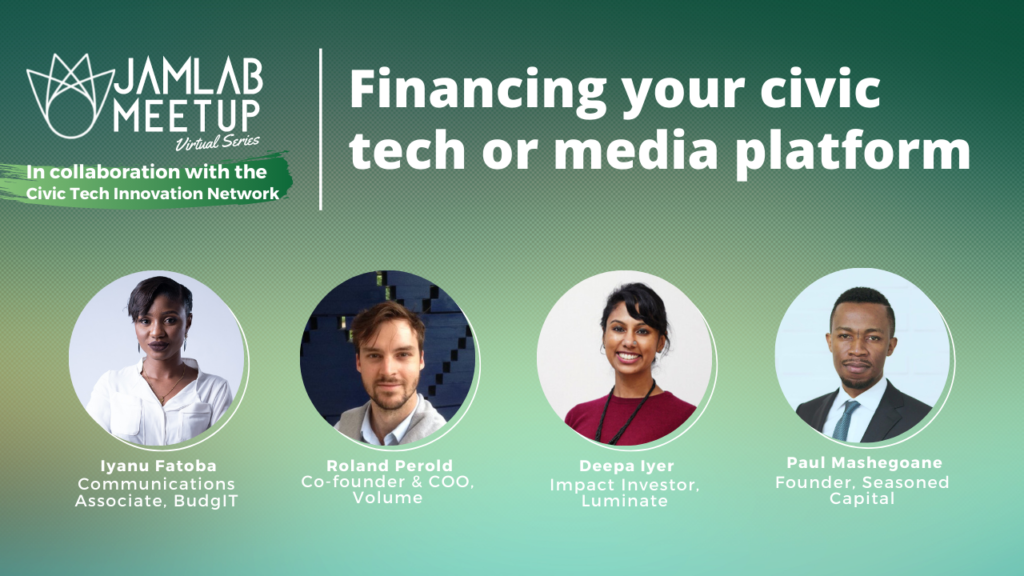 During this conversation, we discuss funding strategies for civic tech and media innovation, and how organisations seeking funding or support from contemporary funders can better… 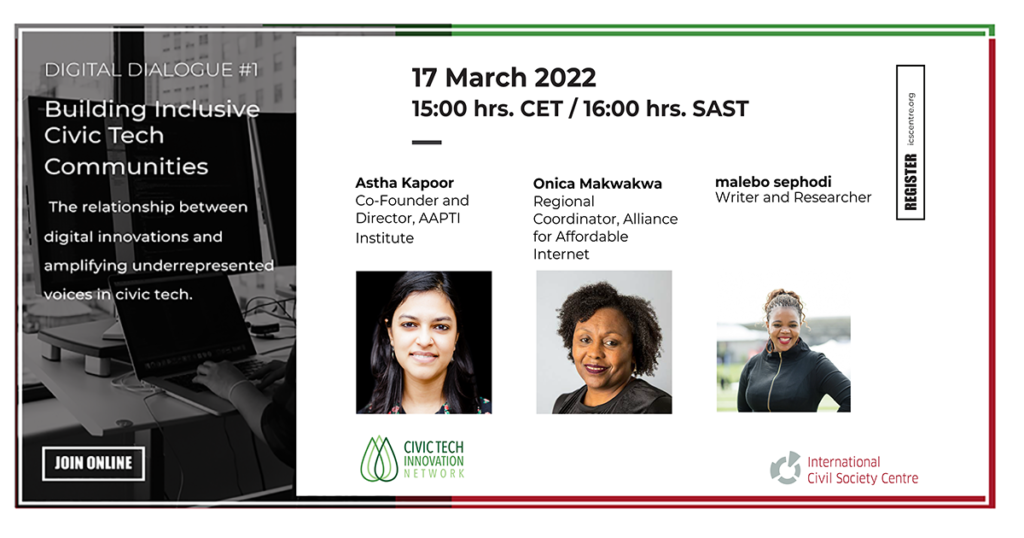 The Civic Tech Innovation Network and International Civil Society Centre have partnered for a digital dialogue on ‘Building Inclusive Communities’. This session, moderated by malebo…