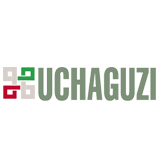 In 2010, Ushahidi collaborated with partners to create the Uchaguzi-Kenya platform (an Ushahidi instance). It provided a channel for Kenyan citizens to communicate openly about the 2010 Kenyan referendum. The project was a success and opened up opportunities for future learning. The Harvard Humanitarian Initiative, Knight Foundation and Ushahidi came together to identify these successes and challenges. The outcomes of this learning and evaluation project aim to help plan for future

Uchaguzi instances and share learning to the broader user community. This Uchaguzi case study is presented in a format that follows an evaluation framework of three phases: assessment, implementation and output. It also approaches learning from the perspective of many non-technical efforts that go into a successful project. While the case study will focus on the 2010 Kenyan Referendum Uchaguzi experience it will also reference experiences in Tanzania.

The goal of Uchaguzi-Kenya was to provide a channel for Kenyan citizens to communicate openly about the 2010 Kenyan referendum using the Ushahidi platform. Although there was no unifying set of objectives, partners described the following:

To provide a space for information sharing and collaboration
To amplifying citizen voices
To increase the efficiency of existing election monitoring system
To create a mechanism through which citizens could actively monitor and report incidences related to the election process.

Organizations involved in Uchaguzi-Kenya collaborated and complemented each other. This led to a successful collaboration, but organizations often had different objectives contributing to challenges during the project. Uchaguzi was a new endeavor, not only in technology, but also in partnerships and information flows. Document reviews and interviews show that a set of agreed upon project outcomes was lacking and this was likely due to the fact that each organization was learning how to integrate their missions into the overall project.

The Uchaguzi-Kenya project planned to collect referendum information from CRECO election monitors and the “crowd” or public. Crowdsourced information was unstructured and information from CRECO monitors was structured using checklists and a code card. The plan was to use election-monitoring information to verify crowd reports. The Uchaguzi platform added new communication pathways (e.g., SMS, twitter, email, web entries, etc.) to provide more efficient and near real-time access to election information improving situational awareness. SMS was the major communication pathway for incoming information.
Campaign planners used radio, television advertisements, tweets, and word of mouth to inform the public about the Uchaguzi project. Plans on how to communicate near real-time information back to the crowd and other stakeholders are less clear from this evaluation and the review of other evaluation reports. At the assessment phase, groups should think about what information already exists and how it is already being communicated. Existing information can flow through new communication pathways or new information may be best communicated along
traditional communication lines.
Partners should determine not only what new or existing information is needed to enter into the Ushahidi platform, but also discuss communication strategies. Partnering with media organizations, such as radio stations, can have a broad reach with the community. These strategies can include campaigns that inform communities about the project purpose, how it will happen, and open up discussions about how information can best be shared with the public, media and other interested groups. (Toolbox 1, slides 13-14) Uchaguzi-Tanzania participants recommend transforming the web-based map into paper maps. This would help local partners share the information with communities that are unable to access the map in its online format. Sharing maps in a newspaper immediately after the election would also broaden the reach of Uchaguzi efforts.

The Uchaguzi project mapped individual reports onto the platform to show the report type and location on a country map during the referendum period. The opportunity to share information on a map with a broader community was a common interest among the partners. Some partners believed that the map would have the ability to deter specific actions, but it was unclear which groups (e.g., media, local communities, election organizations) were the primary target of the web-based maps and how viewing it would achieve some of the project’s objectives.
Many partners also assumed that all citizens were able to access maps from the web, but soon realized that this was not always true. Some communities were unable to access the web and others were able to see the Uchaguzi website but were not familiar with how to navigate the maps to see reports. Toolbox 1, slide 10, can be used in the future to assess mapping needs. “... from digital mapping, it was very easy for us and for Uchaguzi to liberalize the electoral process. These issues would be easily uploaded and then seen, not only here, but across the world.”
“And one of the things that I appreciated...was the fact that it ... was a deterrence, people could not do things because it would be discovered.”

• Plan early One resounding challenge was aiming to achieve many objectives in such a short time period. Planning early, from 6-12 months prior to an election/referendum was strongly and widely recommended.
• Further build effective partnerships Defining and agreeing on roles, responsibilities and expectations will help partners implement a successful project.
• Develop Strategies (e.g., campaign, feedback to action, security and privacy) Strategies should aim to 1) improve the filtering and verifying large volumes of information 2) strengthen feedback loops and action by building an urgent response team, and 3) provide any necessary security & privacy plans for the project and its users.
• Use simulation Simulation exercises can help identify obstacles, test new technology, and improve workflows and communication approaches. These activities can better prepare people for an upcoming election/referendum day and provide a wealth of community building and learning opportunities.

Overall the Uchaguzi-Kenya project was a success. The collective action of all those involved provided a communication channel for Kenyans to share information about the referendum. It also enabled some organizations to take immediate action based upon the information on the platform. The project was not without its challenges. This case study aims to help bring light to some of them and share the creative solutions of dedicated and passionate participants. But more importantly it aims to help future users learn from the past, to spark fruitful conversations among future Uchaguzi/Ushahidi/Crowdmap deployers and to help others plan future projects. 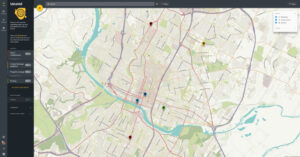