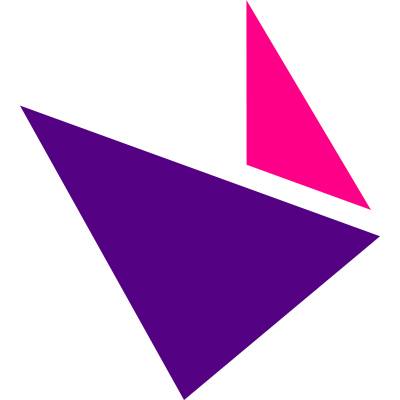 Who can benefit from this study?
Policy/decision-makers
Civic Tech initiatives
Communities

Background Ghana’s three northern regions are the least developed parts of the country with the least access to services. Poverty rates in the area are two to three times the national average, and chronic food insecurity remains a critical challenge. A majority of the population lives in rural areas far from the capital cities. There is a mixture of factors that make it hard for people to interact with their government representatives: bad roads and transportation, limited access to technology, low literacy. Some municipal assemblies have made efforts to reach out to communities living in the outskirts through newsletters. But this requires someone to physically deliver them from house to house, and does not account for low literacy rates nor does it give people the chance to express themselves to the municipal authorities. For their annual planning process, district assemblies wanted to find a way to use mobile technology to include the voices and opinions of marginalized groups to plan and prioritize community projects and investments, such as boreholes, schools, and clinics.

In 2013, we partnered with ICT development NGO Savannah Signatures, consulting service Amplify Governance, and local ICT organization Ghana Information Network for Knowledge Sharing (GINKS) to develop a free hotline people could use to communicate with the government and register their requests and complaints. The project identified four major goals: to increase the participation of women, youth and people with disabilities in development planning; to increase awareness about social inclusion in developmental decision making on the part of planning officers; to communicate the opinions of marginalized groups for development planning; and to include those opinions of marginalized groups in the allocation of public

What we did
We focused on four district assemblies: Tamale Metro, Yendi Municipal and Savelugu Municipal in the Northern Region and Wa Municipal in the Upper West Region. GINKS met with the community members, told them about the project and collected their phone numbers. Amplify Governance designed the questionnaire, and Savannah Signatures managed the coordination between the partner groups and the District Assemblies. Viamo (via VOTO Mobile) was responsible for three activities: Creating the participant registration technology, training district staff and community members in how to use the system and, developing a platform to handle citizen requests including a public website where that info could be published.

Hotline
We created the hotline using a single incoming phone line as the “flash in line.” After flashing the number (calling, and hanging up after the ringing tone) the participant would receive a call back. They were invited to register by taking a three-question IVR survey in a local language: Are you female or male? How old are you? And, Do you have any disabilities (none, trouble seeing, trouble hearing, physical disability, etc.)? This way the original flash in line was kept clear for other incoming calls.

Training
We held a one-day training session for Amplify Governance staff members on how to use the system. They then went on to train the three key community groups: women, youth and people with disabilities.

Website
We built a dashboard for district assemblies where recorded messages from the hotline were published and made visible to the government. A complaints manager would then read them and act.

We received responses from 1,200 participants (around 300 per district) who wanted to participate in the training program, including disproportionate representation from the key marginalized groups: women, youth and people with disabilities. Our platform helped marginalized communities participate in decision making. We found that survey results were used by the Wa Municipal district to inform their 2015 Annual Actions Plans: An increased amount of the budget was dedicated to education — a concern identified in the survey on social accountability and transparency.
Similarly, Yendi Municipal will also be increasing their allocated budget for education services as requested in a survey on tax payments.

The initial phase of this project created a great foundation on how to engage hard-to-reach citizens and gave the District Assemblies a sense of how to include these constituents in decisions. Considering the large scale of this recruitment project, the cost was relatively affordable: around $6,000 USD including hardware and mobile network operator
payments. We also took away a number of insights that will help us improve similar projects in the future. Our partners noticed that many community members who participated in the training workshop did not have any call credit at all, which prevented them from calling the registration hotline. (Some credit is required to place the call to the hotline, even though no credit is deducted).
In response to this challenge, we created an alternative SMS-based registration system where workshop facilitators could text a person’s number and manually trigger a demo survey to be sent to their phone.

We also realized it was more effective to run a hotline that accepts simultaneous calls to let multiple people register at the same time. The single call line system caused congestion and missed responses. We modified the system to play a special tone in response to successful “flashes”, so that participants would know that their flash had been registered. This ensured that callers knew to call back if they did not get through on their first attempt. We learned that particular groups of people needed additional training to use the system effectively. Elderly women, or example, had trouble understanding how to follow the IVR prompts. When the voice instructed them to “Press 2 if you are female?,” they were not able to associate the audio prompt heard with the physical “2” button on their phone’s keypad. To tackle this challenge, we would offer more hands-on training during the registration process to improve their ability to interact with the system.