Who can benefit from this study?

Kubatana was founded in 2001 to strive for equal access to information and the inclusion of the general public in debate and discussion across Zimbabwe. It seeks to do so through providing a database of the contact details and publications of NGOs for citizens to access online and through mobile web. Additionally, it reaches out to its SMS subscribers with updates on news and events, as well as polls and feedback requests. These activities are aided by a select number of key partnerships, including with the NGOs whose details they publish. Kubatana is made up of a small team in Harare who run all aspects of the organisation, including updating and maintaining the NGO database and rolling out numerous promotional campaigns

At the turn of the millennium, the NGO (Non-Governmental Organisation) and CSO (Civil Service Organisation) sector in Zimbabwe was very active, comprising a wide variety of organisations. These organisations were producing huge volumes of reports and documents relating to social justice and development issues in Zimbabwe. However, there was limited distribution. NGOs and CSOs tended to circulate them amongst themselves and like-minded organisations, meaning that the general public were being left out of the loop. Valuable and relevant information was not easily accessible to those for whom it was most applicable. Additionally, mainstream media would rarely feature development related material because they too were unaware. As a result, there was a clear limitation to the number of people exposed to these valuable NGO/CSO produced resources.

The Kubatana team saw that this information, if unlocked, could contribute to the attainment of equal access to information in the development, governance, and human rights sectors. This led to a vision of a platform on which such information could be aggregated and indexed, making it considerably more accessible to the general public. Early on, significant resources were devoted to running newspaper adverts, handing out flyers and generally raising Kubatana’ s profile both to NGOs and to the general public. Despite its healthy following, this interest in user acquisition remains today, especially in terms of attracting ordinary people to use the service. Kubatana uses bulk SMS messaging to send news headlines, poll questions and advocacy materials to subscribers. In terms of its overarching aims, Kubatana actually sees the efficacy of SMS messaging in terms of activism and advocacy as being marginal. However, if used in a strategic way, it recognises that SMS can be used as a bridge to connect other elements of Kubatana’ s multimedia service. Therefore, in addition to the topical information that has become very popular with SMS subscribers, Kubatana uses SMS as a method for converting online materials to offline materials that can be distributed to people throughout the country.

Kubatana ensures that any packaged information they produce is varied according to what their customers actively want to see or hear - including job opportunities, scholarships, notifications of public debates and meetings, thought-provoking graphics and proverbs, and other content in the everyday interest of Zimbabweans. Attention to appropriate content and media has also led to a burgeoning use of platforms like Facebook and WhatsApp. This is in part a result of the cheap Facebook and WhatsApp bundles offered by Econet, Zimbabwe’s leading Mobile Operator by market share, which has allowed for a great increase in their use. Whilst these may not allow for the comprehensiveness of emails or written newsletters might, it has proved to be an effective way of engaging customers in a way convenient for them. One particularly positive outcome of this has been a willingness of users to engage in two-way communication with Kubatana.
Today, Kubatana works with Clickatell as its bulk SMS provider. The organisation speaks highly of Clickatell’s very active tech support. This relationship came under strain when, approaching the 2013 elections, bulk SMS gateways were ordered to be blocked.

When it comes to measuring its success in a quantifiable way, Kubatana tracks selected indicators. These can include the number of subscribers, the growth rate of subscriber bases, and the number of people reached by an individual project (for example, the number of recipients of the Tree of Life DVD). These act as indicators of the reach of the service, allowing the team to assess their success. However, properly examining the impact of the service is slightly more complicated, much of this is anecdotal and qualitative. Kubatana bases its impact evaluation on the feedback, reports, and actions of its users. Here, information is largely harvested through one-to-one contact with subscribers. Given the importance of this kind of feedback to the service, there is no consistent rate of return or conversion. Instead, it considers it more important and appropriate to seek out instances of success and celebrate it where possible. In addition to this, the organisation understands success, in part, through the size and calibre of partnerships it attracts, such as the United Nations Development Programme and Zimbabwean local government.

Unsurprisingly, Kubatana has faced a number of challenges since its launch, relating primarily to the political landscape in which it operates. In the context of the current regime, the mobile/SMS space is seen as particularly threatening to the status quo - significantly more so than web and email-based activities. Additionally, broadcasting material is subject to considerable sensitivity and regulation. As a result, Kubatana’ s dissemination of news headlines and short audio programmes using SMS and IVR respectively have faced restrictions. With regards to each, Kubatana has had phone lines suspended. The problems were eventually overcome. However, whilst they have been resolved in the past, such challenges remain threats to Kubatana.

Be patient and consistent. When Kubatana started, its staff were cold-calling NGOs, knocking on their doors and arranging lots of meetings in order to convince them to agree to be on the website. Now, the scales have tipped in the other direction, with NGOs approaching Kubatana for the same privilege. People see the value of the platform’s distribution and reach as a result of the patience and perseverance of the team, as well as consistency and belief in what the organisation does.
Focus is key - even if this means losing funding. As elements of the operation become permanent and institutionalised, they become part of the foundation of the organisation. However, donors may have more interest in what new and exciting projects you can offer. Over the years, Kubatana has seen how a service can become diluted as a result of attempts to meet these donors’ desires. Today, the organisation considers it preferable to focus on the impact and value of core operations rather than spreading itself too thin. 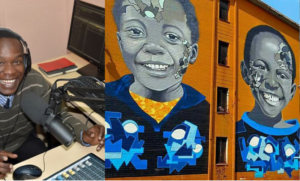