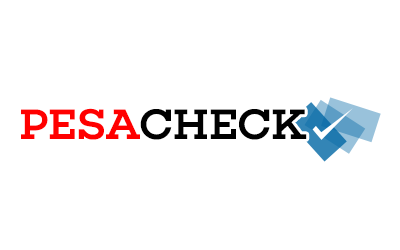 Who can benefit from this study?
Practitioners/professionals

PesaCheck: Decoding the numbers that shape our world

PesaCheck is East Africa’s first indigenous fact-checking initiative to hold public officials and the media honest and accountable so that the public has accurate information for better-informed decision-making. The initiative uses data to check the accuracy of public statements, and financial and other statistical numbers by government officials. The media and other public figures. PesaCheck is a joint initiative of Code for Africa, through its local Code for Kenya, in partnership with a coalition of media organisations, with additional support from the International Centre for Journalists.

PesaCheck was established with the aim of improving how budget and public finance issues are reported in the media. Thanks to our partnership with organizations such as the International Budget Partnership, we have been able to work with the media to interrogate statements by public figures that would otherwise go unquestioned. Our focus has grown to include verification as well. We have done a number of training sessions with newsrooms to show them how they can actively prevent the spread of misinformation, and how they can empower their audiences to join the fight against ‘fake news’ as well. We are incubated by Code for Africa (CfA), which is the continent’s largest network of civic technology and digital democracy labs. PesaCheck forms part of the CfA portfolio of verification and fact-checking projects that also includes a series of seed grants to AfricaCheck and the African Network of Centres for Investigative Reporting (ANCIR) for data-driven fact-checking.

PesaCheck as an initiative has other various programmes under it that tie in with the core work that we do. In addition, we do trainings for journalists, newsrooms, and interested organizations on the fundamentals of fact-checking.
Successes: We worked with the Elections Observation Group (ELOG) during the repeat presidential election in October last year, and we were able to monitor and verify claims being made on social media quickly. This information was fed into some of ELOG’s reporting around the election, and I believe we made a difference in at least giving some direction to the fight against misinformation during that time. We have also been able to translate a cartoon by the International Fact Checking Network showing seven ways that we can fight fake news and misinformation online into Swahili, with ongoing work to translate it into various local languages as well. (Eric Mungedi, Managing Editor PesaCheck interview, www.tech-ish.com)

Verification and fact-checking are incredibly easy to do once you get the hang of it. There are lots of tools out there that you can use to make sure you are not being duped. However, all this work is pointless if nothing comes out of it. The point of the work that we do is that people everywhere can learn where to check for legitimate information so that they know for instance that before they hit send on a ‘forwarded as received’ post, they can check for themselves and refrain from spreading falsehoods. It can be a gruelling task, especially when these falsehoods go viral, but I believe it is a fight that we can win. (Eric Mungedi, Managing Editor PesaCheck interview, www.tech-ish.com)

I believe PesaCheck’s work is relevant, especially given the fact that the issues we cover are especially important as devolution puts more and more public resources in the hands of the county governments. By adding in an extra layer of oversight, we believe that the people can be more actively engaged in keeping track of how their counties, and by extension the country, are being run. (Eric Mungedi, Managing Editor PesaCheck interview, www.tech-ish.com) 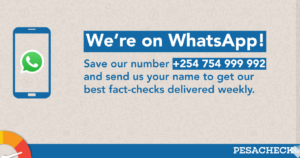