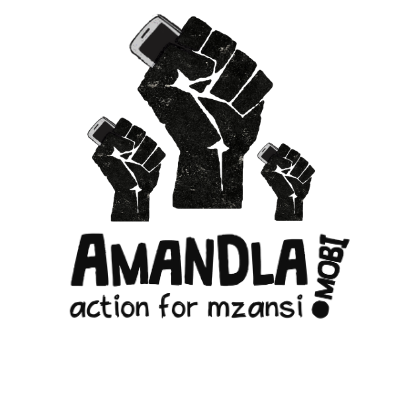 Who can benefit from this study?
Policy/decision-makers
Practitioners/professionals
Civic Tech initiatives
Communities
Researchers

Amandla.mobi is a platform that aims to “turn every cellphone in South Africa into a democracy tool” by using Whatsapp, SMS, USSD, Web and social networking to run multi-issue and multilingual campaigns so that people can connect and call for accountability on various matters.

With Amandla.mobi citizens can receive campaigns on several issues in their preferred languages and take action such as signing the campaign so that Amandla.com can reach its signature target and therefore request action and accountability from corporations and the government. Amandla.mobi is a movement of over 900,000 mostly black women, working to build a more just people-powered society.

Growing up in South African homelands, Koketso Moeti, experienced the hardships faced by black people, especially low-income black women where development decisions were taken without their consideration. Such decisions had the potential to harm progress within a community and these people had no platforms to voice their concerns.

With the power of technology, Koketso knew there was a way to amplify such voices to counter those who would try to quiet them. The platform uses SMS, USSD, Whatsapp and social media to run multi-issue and other institutions. Amandla.mobi enables citizens to connect with each other to form a collective voice with impact and power to hold political and corporate interests to account.
The mobile and multilingual platform empowers members to enable collective action on issues, ranging from public safety, to education, to the cost of communication, to creating change from the palms of their hands.

When Koketso’s community was facing evictions by the government, she said at times she had to use her cell phone to access information on how to resist evictions and started to blog – drawing attention on what was happening in her community. She would then bulk SMS text to neighbouring communities whenever organising a protest so they could shut down their roads.
“One cell phone allowed the coordination of mass action; we went from a community of 1500 households to having people from every corner of the country fighting alongside us to keep us in our homes”.
After this mass action yielded positive results with the evictions being rescinded, Koketso recounts how it suddenly became a question of “How can someone replicate this form of organising, at scale, in ways that people can connect with each other, but without creating de facto power brokers?”
After considerable thought to this, it became clear that the one thing that South Africans have in common across racial, class and gender divisions is a cell phone. That was key in starting amandla.mobi.

To learn more about Koketso Moeti’s journey and how she founded Amandla.mobi read her interview – Democracy in the Palm of Your Hand with the Obama Foundation 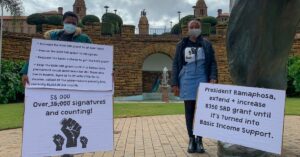