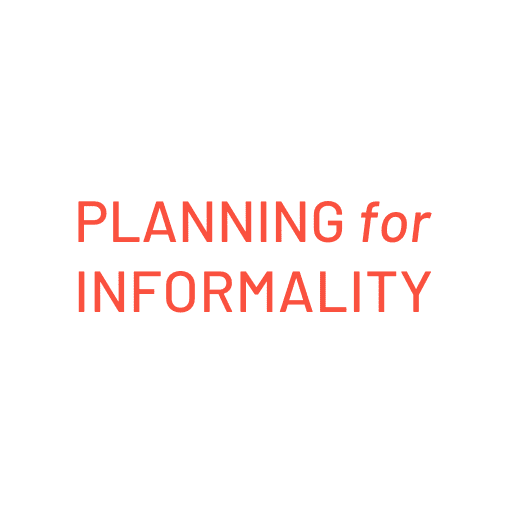 Planning for Informality: What is your city doing to upgrade informal settlements?

Planning for Informality is a web tool developed by Isandla Institute in partnership with Open Data Durban (now Open Cities Lab). After the National Department of Human Settlements mandated municipalities to upgrade 750 000 informal settlement dwellings by 2020, this web tool tracks how the major metros are progressing towards this, based on reporting and policy commitments in core annual municipal documentation.

The Planning for Informality web tool determines the progress of South Africa’s response to informal settlements. A better understanding of informality in South African cities will allow for better decision-making and analysis. The web tool also opens up data about municipal upgrading plans and strategies and makes it accessible to a wider audience for transparency and accountability purposes.

Finding information on how cities are responding to informal settlements and backyarders is hard to come by and requires insight into reporting systems of municipalities.

Planning for informality is an initiative of Isandla Institute, which presents the strategies adopted by eight municipalities in South Africa. The initiative was founded after the National Department of Human Settlements mandated municipalities to upgrade 750 000 informal settlement dwellings by 2020, this web tool tracks how the major metros are progressing towards this, based on reporting and policy commitments in core annual municipal documentation (Planning for informality website).
Isandla Institute collaborated with the OCL and co-designed the platform and encouraged user testing sessions where the platform design could be refined. The platform after cycling through problem-definition, wireframe design and user testing for a couple of rounds

Isandla Institute identified a need a to develop a ‘policy tracker’ which measures and critically assess eight South African cities’ response to the national target of 750,000 out of the total 1.2 million informal households to standards outlined in stages 2 and 3 of the Upgrading of Informal Settlements (UISP), part of the National Housing Code. The cities involved were: Buffalo City, City of Cape Town, City of Joburg, City of Tshwane, Mangaung, eThekwini, Ekurhuleni, and Nelson Mandela Bay Metro. OCL developed this living tracker that enables journalists, researchers, local government, communities, and many other user groups. 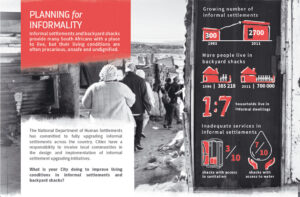